Skip to main content
We will be closed on Thanksgiving Day. Thursday, November 24th 2022
We will not be delivering on Wednesday, Nov. 23rd. Please arrange for in-store pick up that day. Thank you!
❆ HOLIDAY SEASON HOURS ❆ 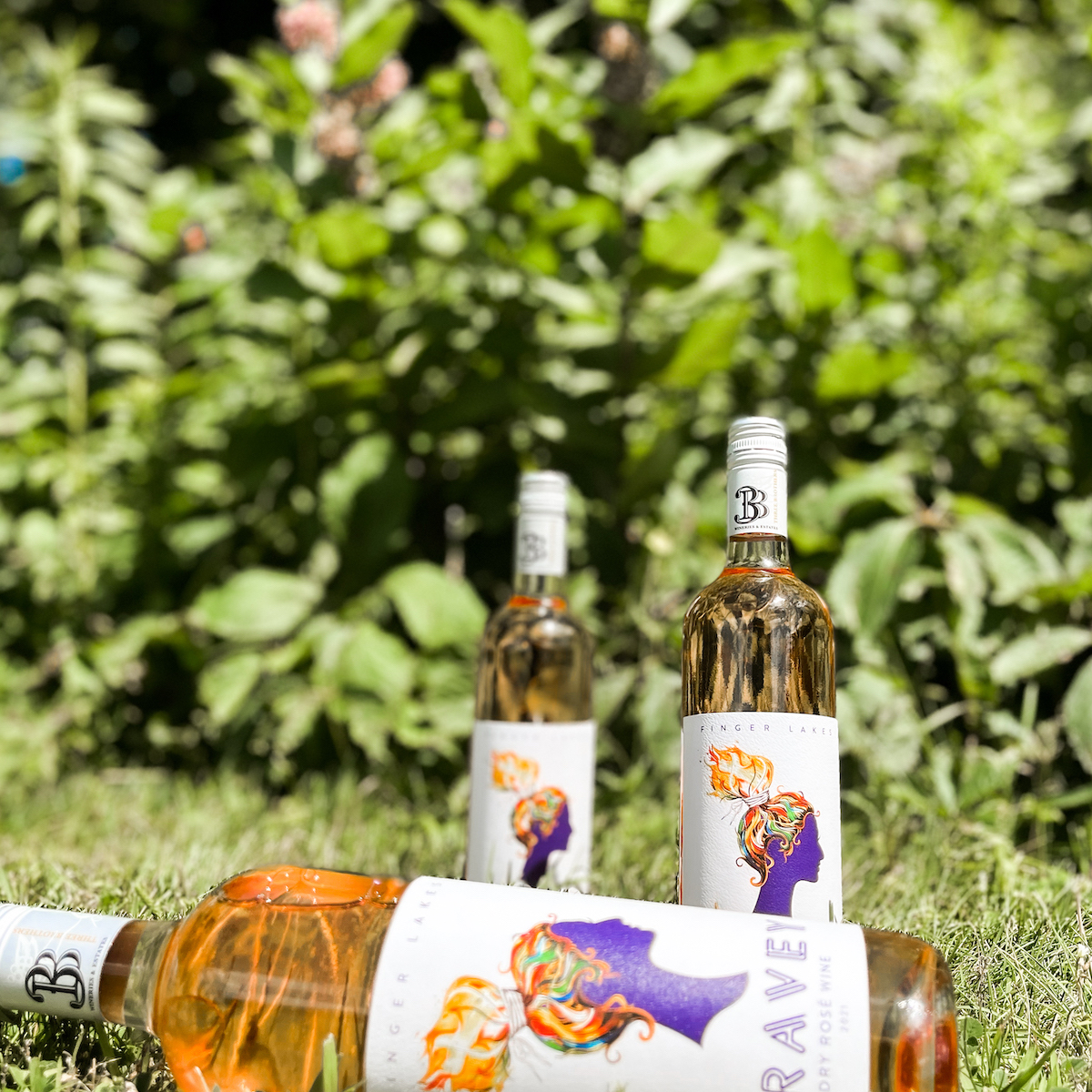 Anne had her staff pick picked out for a while when she tried this one. New York has been hopping on the Rosé band-waggon and killing it lately!

Collaboration with Alexi Pappas, an Olympic runner and an award-winning actor and writer. Alexi’s memoir-in-essays, “Bravey,” with a foreword by Maya Rudolph, was published on January 12, 2021 and was the number 1 new release in both the sports and film categories. – Three Brother’s

“On the nose, strawberries, orange blossom, and white peach. On the palate, grapefruit, white peach carries through from the nose, there is a pop of acidity, and a bright, dry finish.”
— Kim Marconi, Three Brothers Wineries Head Winemaker

Bravey wine is part of the Three Brothers Wineries “Women of Distinction” wine series, a line of wines inspired by female voices. Bravey wine is a refreshing dry rosé. A smooth blend of Barbera, Zweigelt, Cabernet Franc, and Pinot Noir grapes, all grown in the Finger Lakes.

Pickup your bottle at Bremer’s or order it online now.

MONTHLY COUPON –This month take advantage of our

If you’re looking for the prefect bottle to brin

COCKTAIL RECIPES FOR THANKSGIVING – The Negroni

A rum cream that is perfect for all those coffee c

Don’t forget about our Fall Bundle 👀 We know

TASTINGS – our tasting calendar is stacked for t

The Holiday Staff Picks are in! Check out all our

These black cats are anything but bad luck. From N